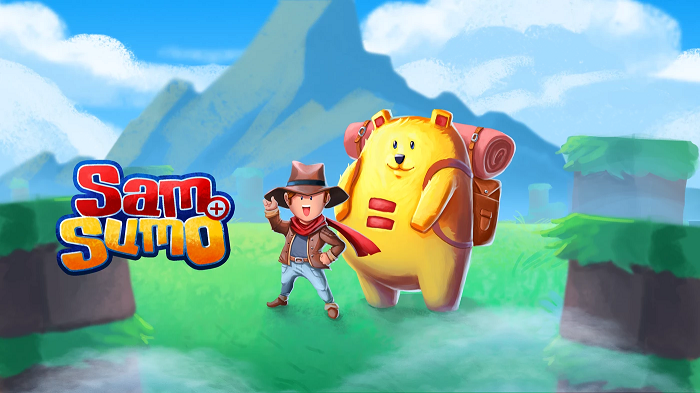 After developing BlockSwap for Fantazm I was offered an internship by them. During this internship we'd further develop the BlockSwap prototype. However it quickly became apparent that the core gameplay did not entirely fit the original problem. The original goal of the project was to teach children from aged 5-8 simple math without the math problems being intrusive. This means the math element has to be a part of the core gameplay. With BlockSwap we tried to do that, however the gameplay ended up training the player's spatial awareness more than math.
So we put the BlockSwap concept aside and decided to come up with a new idea. This is Sam + Sumo. The game was developed mostly by me, with a lot of guidance and support of the people at Fantazm.

Players solve small puzzles by using math and travel around the map exploring the different creatures and obstacles. They can explore the world of cats, pirates, space, soccer and many more.

Sam + Sumo is available for android and iOS: